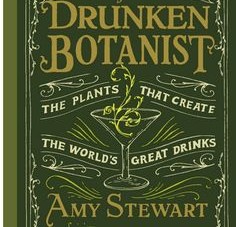 The end of May, I had an opportunity to listen to and meet some extraordinary women. An event marked on my calendar for months, it was The New York Botanical Garden (NYBG) that afforded me an unforgettable experience. It’s not often that I can peel myself away from our business in May. However, an event like this could not be missed. Along with my dear friend and colleague, Tony Maiello from Metropolitan Plant & Flower Exchange, we crossed the Hudson River and ventured to the Arthur & Janet Ross Gallery & Lecture Hall in the Bronx. Introducing the guest speakers for the evening was Gregory Long, President and CEO of the NYBG.

The event, Weird, Wild & Wonderful: An Evening of Women, Art & Botany, was standing room only. Garden scientist, Barbara Thiers profiled “Wonder Women of Science”. Her part of the evening discussed the contributions of such notable greats as Agnes Chase, Barbara McClintock and Elizabeth Gertrude Britton to name a few. A quick, yet thorough, synopsis of women who took on ideas and in turn made massive contributions to the botanical world. Chase with her work on grass studies, McClintock, an American scientist and distinguished cytogeneticist and Britton, an American botanist and bryologist. Bryology is the scientific study of bryophytes (mosses, liverworts and hornworts).

The highlight of the evening for Tony and me was a conversation between Elizabeth Gilbert and Amy Stewart. Elizabeth Gilbert’s literary contributions are deep. Her most notable, thus far, is her 2006 memoir EAT PRAY LOVE, which sold over 10 million copies and was even made into a film starring Julia Roberts. Time Magazine even named Elizabeth Gilbert as one of the 100 most influential people in the world. Amy Stewart was someone I was more familiar with and eager to meet. Stewart is an “award-winning author of six books on the perils and pleasures of the natural world, including four New York Times bestsellers, The Drunken Botanist, Wicked Bugs, Wicked Plants, and Flower Confidential” (www.amystewart.com).

The Drunken Botanist, Stewart’s literary great, was a gift I had given out to my inner circle of plant-geeks last Christmas. “A dizzying array of herbs, flowers, trees, fruits, and fungi that humans have, through ingenuity, inspiration and sheer desperation, contrived to transform into alcohol over the centuries. This fascinating concoction of biology, chemistry, history, etymology, and mixology–with more than fifty drink recipes and growing tips for gardeners” (The Drunken Botanist back cover).

As the evening went on the two authors, Gilbert and Stewart sat casually on stage each in their own chair. Both storytellers writing about the natural world, they were playful, engaging, witty and thoughtful and it all led to a very intimate experience. Elizabeth Gilbert read aloud a passage from her novel, The Signature of All Things, and it was at that moment that I became a huge fan! Her ability to put into words a description of moss and her characters willingness to learn had me in awe. “A desperate need to understand the workings of this world, and the mechanism behind all life” (ElizabethGilbert.com) affirmed my beliefs. Her words are so beautiful, so well written and so slightly seductive she captivated my attention from just one small passage. It was also here that I recognized why Barbara Thiers cited Britton’s work in her talk. Stewart spoke of an experience she had at the Bloedel Reserve on Bainbridge Island, Washington. A 150-acre forest garden, Stewart’s experience and story was one that intertwined eeriness and humor. Finding her way through the various gardens she found herself at the Reflection Pool. A large, quiet, geometric garden that keeps the forest at bay with its precise coniferous hedge. Anchored at the end of the pool is a bench where Stewart felt a presence. After her brisk walk back she later found out the Bloedel’s final resting place was near there. Her reference to the movie The Shining added levity to what clearly was a tense moment for her.

Indeed it was a privilege to sit in the audience that night. Both Gilbert and Stewart seemed to almost gush over each other’s work. Clearly respectful of one another, they were appreciative of their bodies of work. Elizabeth Gilbert bestowed a few goodies about her views on life and writing.  Raised to be curious, self-accountable and not to be a “candy ass” was something that had us all laughing. “Done is better than good” was also something that she preached. Put your work out before it’s perfect, she said, and just finish it! Finally her advice about writing: know who you are talking to! Words that I hope resonate through my own work.